Our aim is to provide a comprehensive service for the diagnosis and management of gallbladder conditions.

We provide the highest level of specialized, state-of-the-art treatments.

We are a partnership of specialist gallbladder surgeons; united by our area of expertise and interest.
Our patients will always receive the best advice and most appropriate treatment.

About Us & What We Do

The Yorkshire Gallstone Clinic is a partnership of specialist gallbladder surgeons united by their area of expertise and interest. The organisation was founded and is led by two surgeons,  Mr Andrew Smith and Professor Giles Toogood. They work in association with GPs, gastroenterologists, dieticians and other professionals to provide a holistic approach for all gallstone conditions.

The gallbladder is a small, pear-shaped pouch about 5 to 10 cm long. It is tucked just under the liver..

Read More
What are Gallstones?

Gallstones are lumps of solid material that form in the gallbladder. They usually look like small stones...

Most people with gallstones have no symptoms. In some people (between one and four...

We have excellent patient satisfaction; including symptom relief, cosmetic appearance and importantly their experience in the peri-operative period.

Professor Toogood is the Chief Investigator for the national Sunflower study  and Mr Smith is a Principle Investigator. This study is assesing the need for an MRCP before you undergo a laparoscopic cholecystectomy. There are 50 hospitals involved in the study that will potentially change the management of patients with gallstones. The will recruit over 13,000 patients in the next 2 to 3 years. Leeds is currently one of the leading recruiting sites in the UK. https://bristoltrialscentre.blogs.bristol.ac.uk/details-of-studies/sunflower/

Both Professor Toogood and Mr Smith are leading the arrangements for a multi society international surgical congress. This is likely to attract surgeons from all over the UK and Europe ( if COVID permits). This is due to be held in Belfast in October 2021.

Ultrasound is a non invasive test. It is performed by placing a probe onto the abdominal wall. Sound waves generated by the probe are reflected by structures in the abdomen and picked up again by the probe which can then generate a picture. This is the same principle as sonar in a submarine. Gallstones cause most of the waves to reflect and are easily identified on an ultrasound. We can also look at the gallbladder wall to see if it has been inflammed - it appears thickened. Ultrasound can also assess the bile duct. We can measure the diameter of the duct (it may be dilated if a bile duct stone is present) and can identify duct stones themselves.

ERCP is an endoscopic procedure that is rarely used these days to make a diagnosis, but more frequently as a therapeutic tool to deal with gallstones that are stuck in the common bile duct.
The procedure is performed under sedation, rarely under a general anaesthetic. An endoscope (a thin flexible camera) is passed via the mouth, through the stomach and into the duodenum (first part of the bowel) where the exit of the common bile duct is located. X-Rays (cholangiogram) of the duct can be performed and gallstones can be removed. If this is not possible on the first occasion then a stent (a fine plastic tube akin to a straw) can be placed to relieve the jaundice. A further procedure can then be performed at a later date to remove the stent and residual stones.
The vast majority of ERCPs can be performed without complication. Occasionally an ERCP can cause bleeding, pancreatitis or rarely bowel perforation.

Liver function tests (LFTs) are a blood test commonly performed when gallstones are suspected. A rise in the LFTs may suggest that a stone has passed into the bile duct or that the pain may be due to other causes apart from gallstones.

MRCP is a form of Magnetic resonance imaging - again it is non invasive and does not use radiation. It is a very good technique to identify whether there are stones within the bile duct.

The Sphincter of Oddi is a muscle valve which allows bile to pass from the bile duct to the duodenum. If Sphincter of Oddi dysfunction is suspected then the diagnosis can be confirmed by manometry. This is an endoscopic procedure where a catheter is placed into the sphincter via an endoscope. The pressure within the muscle is then recorded. An elevated pressure within the muscle can confirm the diagnosis. The procedure carries a small risk of causing an acute pancreatitis.

The organisation was founded and is led by two surgeons,  Mr Andrew Smith and Professor Giles Toogood. 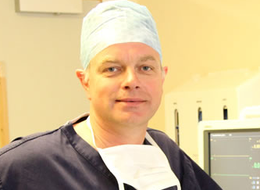 Professor Giles Toogood has been a Consultant in Leeds for 19 years and specialises in gallbladder and liver surgery. 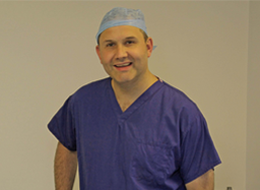 Mr Andrew Smith has been a Consultant in Leeds for 11 years and specialises in gallbladder and pancreatic  surgery.

We really value all our patient feedback and publish it here on our website for all our other patient to see.

"I had been suffering from abdominal pains for a couple of years without getting anywhere. Finally I got referred and saw Mr Toogood who quickly diagnosed that my problem was gallstones. He arranged an urgent operation that was performed by Mr Smith all within a few days and now I feel like a new woman! Excellent care and service."

"Giles Toogood was quite simply the best consultant I have ever had the privilege to see. He was professional, polite, courteous, and had a manner that was very reassuring. His knowledge of the topic (gallbladders) was exceptional, but what impressed me most was his ability to explain everything to me in a way that I could understand. Absolutely top class!"

"I would just like to take this opportunity to say a big thank-you to you and your team for your medical expertise, honesty and friendly approach. My family and I will be forever grateful."